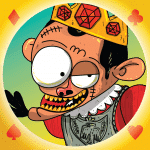 Invited to Nokia World 2011 in London, we were excited to be there and share our experience with many developers across the world.  We witnessed the launch of Nokia’s Windows Phone based Lumia range  &  Nokia’s S40 Asha range.   Soon we will have our games available on both range of devices and by the end of the year we expect to join the exclusive club of developers that have over 1 million game downloads on Nokia Store (previously called OVI).

Lumia a sleek stylish device (very near the design of Nokia N9 but instead of MeeGo OS it has Windows), had some nice surprises such as updated real time tiles, home screen tags, touch screen & Nokia Drive.   MixRadio & Gigfiner a cool feature as well.    For Asha range, the distinction between a smartphone and feature phone has become more blurred.   Touch & qwerty introduced with dual SIM option as well. 1 Ghz engine is added on top allowing for more complex games to be played.

As Maysalward, we see a near future were all phone will be smartphones.  Maybe “intelligent phones” will be used to describe a new range of devices.

One thought on “Maysalward at Nokia World 2011”